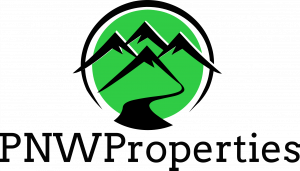 PNWProperties is not the average real estate company. Our Brokers are consultants, educators and professionals who share in the company’s mission to help each of our clients, either buyers or sellers, make the most educated decision regarding their real estate transaction. Our focus is to ensure that our clients have all of the unbiased information to make smart decisions and make the move of their dreams as stress free as possible. We specialize in first time home buyers, but have the expertise and experience to assist all stages of buyers and sellers.

PNWProperties was created by a husband and wife broker team that started in the real estate industry in 2007. Annette was the first to become a licensed broker and Shawn followed, after his career as an EMT and Fire Fighter forced him into early retirement. They both were born and raised in Spokane and Spokane Valley and raised their own family here. They have very strong ties to this community. Together they provide exceptional service to their clients by walking them through every step of the process. They share their knowledge and explain each step. They believe in helping their clients understand what they are signing and how it will affect them. They are not in the business of selling real estate, they are in the business of building lifelong relationships.

Shawn and Annette stood by my side throughout the entire process of purchasing a
home. Great people! They came as a recommendation from a friend and now I
extend that to all i know.

Born and raised in Spokane in the Perry District, I was the youngest of three kids. When I was in 2nd grade our house caught on fire and we moved to the Minnehaha District of Spokane County where I lived until I married and started raising my own family in Otis Orchards.

In 1987 I married the love of my life, Annette. During our first 3 years of marriage, we moved to Pullman for a job transfer, which gave Annette the ability to be close to her grandparents and Aunt who lived there. We moved back to Spokane and welcomed our first child shortly thereafter. Our second daughter appeared 3 years later. We lived in Otis Orchards for 15 years and then moved to the West Plains where we lived for over 10 years, then moving to the Seven Mile area in 2016. While living in the West Plains, we were blessed with the adoption of our great niece, who quickly became the third kid.

I have had several career changes prior to becoming a Realtor. I worked at American Medical Response as an EMT and I also became a firefighter for Spokane County Fire District 3, fighting the beast at residential and wildland fires. I continued my volunteer positions in Search and Rescue up until the time I was injured on the job at AMR and I decided to change my career one more time. I then got my real estate license and became a Realtor with my wife Annette.

We have since formed a group of Realtors who work together to serve our clients and ensure their transaction of buying, selling or investing is a pleasant one.

I was born in 1986, right here in Spokane, Washington. I grew up in the Mead school district where I attended Midway Elementary, Northwood Middle, and graduating from Mead Senior High School in 2005. After I turned 19, I left home and traveled for about a year, living and working within the National Park systems. My first stop was in Yosemite, California. While living there I learned how to rock climb, fell in love with the bears, was a security officer, ice rink worker, busser, host, and a Maitre’d. Eventually I left and stopped at Crater Lake National Park in Oregon and ended up working there for another 4 months until the season ended. While there I enjoyed nature hikes, trips to Ashland, Oregon, and the beautiful views while becoming a warehouse worker, bell hop, housekeeper, and eventually a server.

It was time for me to come home at the end of the summer season, were I ended up working a variety of jobs from a warehouse clerk to cellphone sales. It was a few months after I returned home that I reconnected with one of my closest friends who became my wife and the mother of my 3 amazing boys.

11 years ago, I ended up following one of my biggest passions, cooking. With a baby at home, I left all the things I knew and entered the restaurant world at the bottom of the ranks, a dishwasher. Older than a lot of cooks already, I had a lot to prove. It took some real trial and error to land on my feet in the cutthroat world that is the kitchen, but I worked my way up out of the dish pit, and onto the cooking line. Eventually I ended up working at multiple restaurants all around Spokane, not only building skills, but cultivating lifelong friendships.

Unfortunately, as many things do, the chapter of cooking had to end. The decision to leave my passions to find better opportunities was a small epic within itself. After a long debate with myself on where I wanted to go, I decided that I could take the love I have for being in service of others and incorporate that into real estate. My first home purchase was a complete whirlwind experience, and I wanted to help others so not only would they have a place to call their own, but they would be confidant in every step of the process.

Shortly after I started my studies, Shawn and Annette Lewis (who at that time were simply regulars at the breakfast joint I was working at), started to cultivate my curiosity of real estate. In October of 2019, I passed my realtor exams and joined PNWProperties, with my first sale following only a few months later.

Fast forward a year and life was a roller coaster. Trying to balance cooking and real estate was becoming increasingly more difficult for me, but I was looking for a sign, no, validation, that I would be ok to officially hang up the knives and become a full time realtor. A few months later, Covid-19 rocked the world, and I was losing more and more hours, even with all the efforts of my amazing bosses. That was the moment where I thought, “What a better time to rewrite my story than when the entire world stops”? So, I officially left the cooking world in August of 2020, and though creating food will always be a passion I long to do, I haven’t looked back, and it is a decision I would make 100x over.

Thank you for your inquiry.